Canola Oil For A Healthy Heart 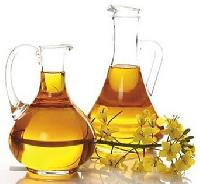 Canola oil is one of the most used vegetable based oils and found in many foods all over the world. The popular oil is produced from the seeds of the canola plant. Soon after it is harvested, canola seeds are ground and oil is extracted from the crushed seeds. Canola oil is considered healthy for the heart as it contains minimum saturated fat. Experts say that the oil contains less than half the saturated fat of other oils like soybean and olive. According to the refined canola oil exporters, canola oil has the capacity to bring down the risks of many heart diseases if it is consumed regularly instead of saturated fat.

The oil has emerged a perfect option for any type of cooking. Chefs all across the globe use the oil for sautéing to salad dressing. As the oil offers a neutralized taste to dishes and light texture, it has become a great option for everything that you cook in your day to day life.
Canola oil has great heat tolerance which makes it ideal for anything right from stir-frying, deep frying, grilling to even baking.
The oil’s popularity is on the rise and now it is used all around the world. In Canada and Japan, it has been ranked as the number one cooking oil. After these countries, it is highly popular in the USA and Mexico. Now it has become the third most used cooking oil all across the globe.

As heart diseases and diabetes are on the rise, it has become essential to opt for healthier oils and food. And, choosing healthy cooking oil can make a vast difference to your health.

Given below are some of the steps for manufacturing canola oil:
• Clean seeds: The first and foremost step is to separate the seeds from the plant and clean them. It helps in removing the dirt, impurities like plant stalks from the seeds.
• Conditioning and flaking seeds: After the seeds are removed and cleaning thoroughly, they are preheated at a temperature of 35 degree Celsius. After pre-heating, the seeds are flaked with the help of roller mills to break the cell wall of seeds.
• Cooking seeds: The next step will involve cooking the seed flakes in a series of steam-heated cookers. The heating process will continue for about 20 minutes at a temperature of 80 degrees to 107 degree Celsius.
• Seeds pressing: Now the cooked seed flakes will be pressed in several series of expellers or screw presses. The step helps in removing at least 50 to 60 percent oil from the flakes. The rest of the oil is extracted with the help of other methods.
• Obtain remaining oil: Now the remaining oil from the cooked seed flakes will be further crushed with the help of chemical known as hexane. It will help in obtaining the remaining oil.
• Oil processing: The extracted oil will then be refined with the help of various methods like steam distillation, exposing them to phosphoric acid and filtering via acid-activated clay.

So, we can conclude here that if you are planning to buy canola oil, you can purchase it from leading refined canola oil supplier at competitive prices.